Next month sees the return of the Six Nations Championship and to celebrate one of the most highly contested events in Rugby, as well as the popularity of the Rugby Star slot game, Leo Vegas have come up with a truly game winning competition which is easy to enter and open to all their player 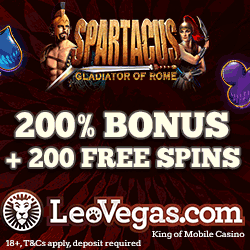 Leo Vegas players who visit the online casino this month, can spin their way to a prize worthy of the Six Nations Championship name. Leo Vegas are giving away an amazing six VIP Packages for this year’s 6 Nation’s Championship.

You could be sitting in luxury at Murrayfield Stadium in Edinburgh watching Scotland take on England, which takes place on 6th February and is the stage for the Calcutta Cup.

The Calcutta Cup is a yearly match contested between Scotland and England. It’s also one of the fiercest rivalries of the Six Nations Championship, as well as undoubtedly being one of the highlights.

What you’ll enjoy when you win the Calcutta Cup VIP Tickets!

So what better way to mark such an auspicious match up than for Leo Vegas to treat some lucky players to a VIP Package? Each of the 6 prize packages contain two tickets and winners will also be treated to a memorable and exciting day of hospitality and weekend break, which includes the following:

Taking part in this limited time promotion couldn’t be easier, all you have to do is simply play on a selection of slot games at Leo Vegas, including the highly popular Rugby Star slot, between now and 31st January:

Plus every time you play on Rugby Star, you’ll earn double points and increase your chances of winning.

For full terms and conditions head to Leo Vegas.